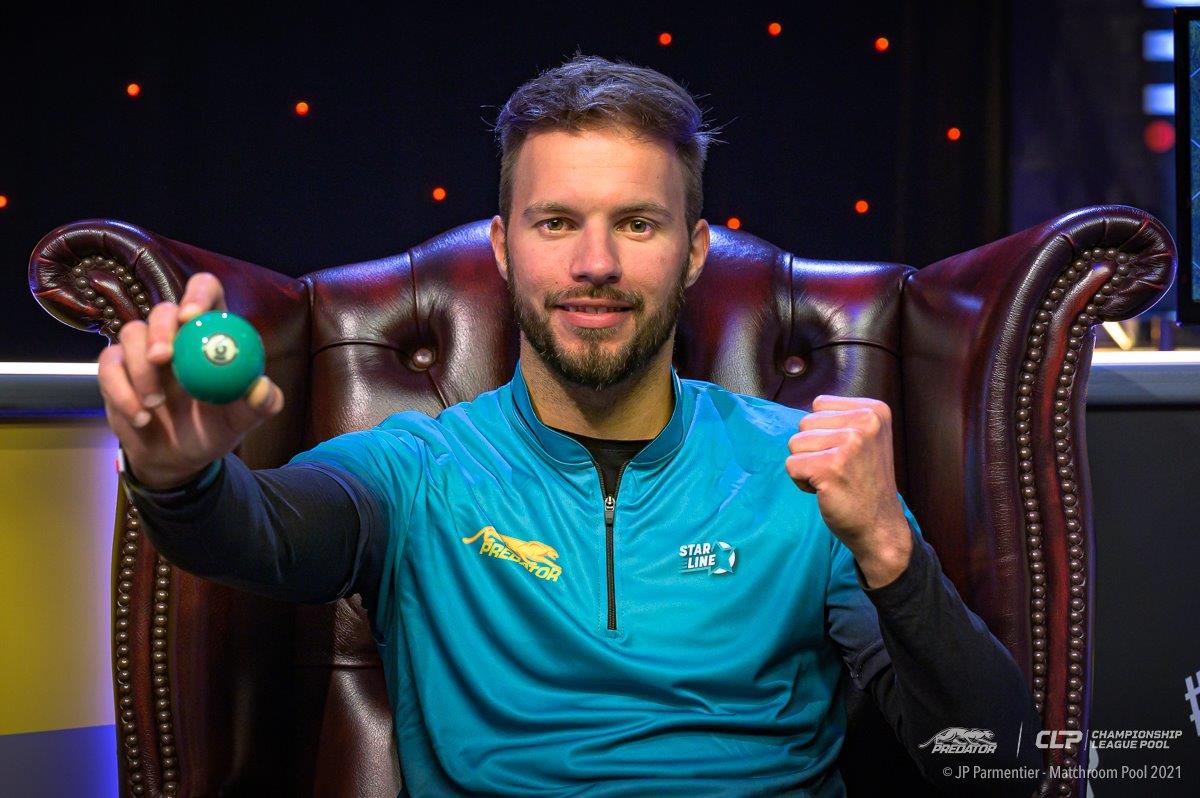 A mightily relieved Albin Ouschan finally made it through to Predator Championship League Pool Winnersâ Group at the sixth attempt when he beat Alexander Kazakis 5-0 in the Group 6 final on Saturday evening, avoiding having to play his sister Jasmin in Group 6 in the process.

The Austrian former World Champion started the tournament in the very first group and had played two finals and two further semi-finals before this group. During the round-robin league phase he won four of his six matches, before defeating Billy Thorpe 5-2 in his semi-final.

In the final he met Kazakis in what was Ouschanâs 44th match of the tournament, and unlike previous finals this one was almost routine for the three-time Mosconi Cup winner, who ran out 5-0 winner to advance to Mondayâs showpiece finale where he will meet Chris Melling, David Alcaide, Eklent Kaci, Niels Feijen, Naoyuki Oi and the winner of tomorrowâs Group 7.

âIt is an incredible feeling,â said Ouschan. âI was exhausted but I tried my best and played pretty solid. It has been the most horrible feeling of my whole career. Everyone saw that I went through everything. The first day was good, the second day was horrible. Then I kept getting better and better but it was never enough. I lost to Oi, I lost to Niels, I played so many matches, but now I am super, super happy.


âI was just playing and thinking from match-to-match, I wasnât thinking what would be the outcome of the tournament. I had nothing to lose any more; I had proved I could be in every semi-final and final and if it doesnât work in the end, it is ok, so I took pressure off myself.

âI will have a nice long run tomorrow, have a day off, get some fresh air, get my brain cleaned and be ready for Monday. The best players of each day will come together to perform, so it is going to be tough for everyone.â 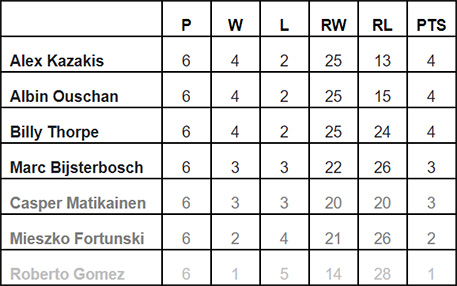 In the semi-finals, Kazakis made light work of his clash against Marc Bijsterbosch, who finished fourth in the group table. The Greek former World Pool Masters finalists defeated his Dutch opponent 5-1 to book his place in the final after performing superbly throughout the day, his first in the tournament.

Casper Matikainen and Mieszko Fortunski will return in Group 7 having finished fifth and sixth respectively, but the Group 6 runner-up Roberto Gomez has been eliminated after winning just one match on Friday. Jasmin Ouschan and Denis Grabe are the final two players to join the event and will complete the Group 7 line-up. 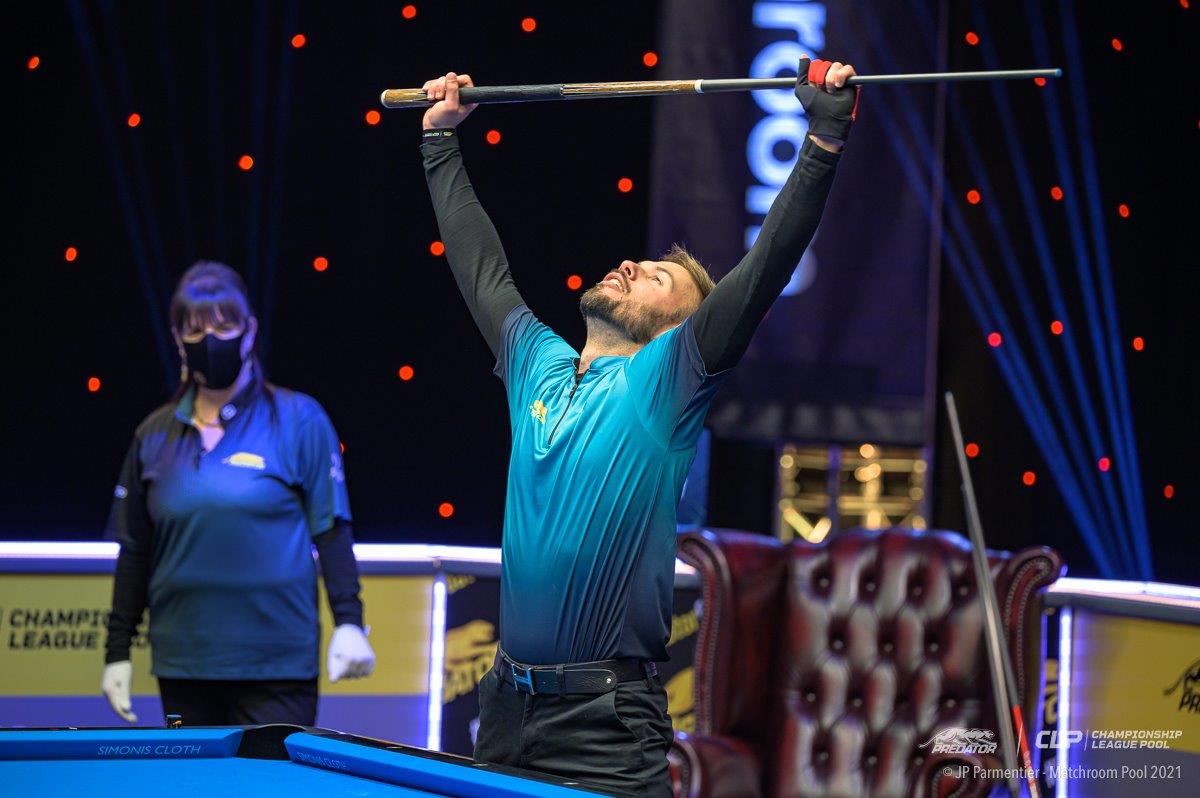 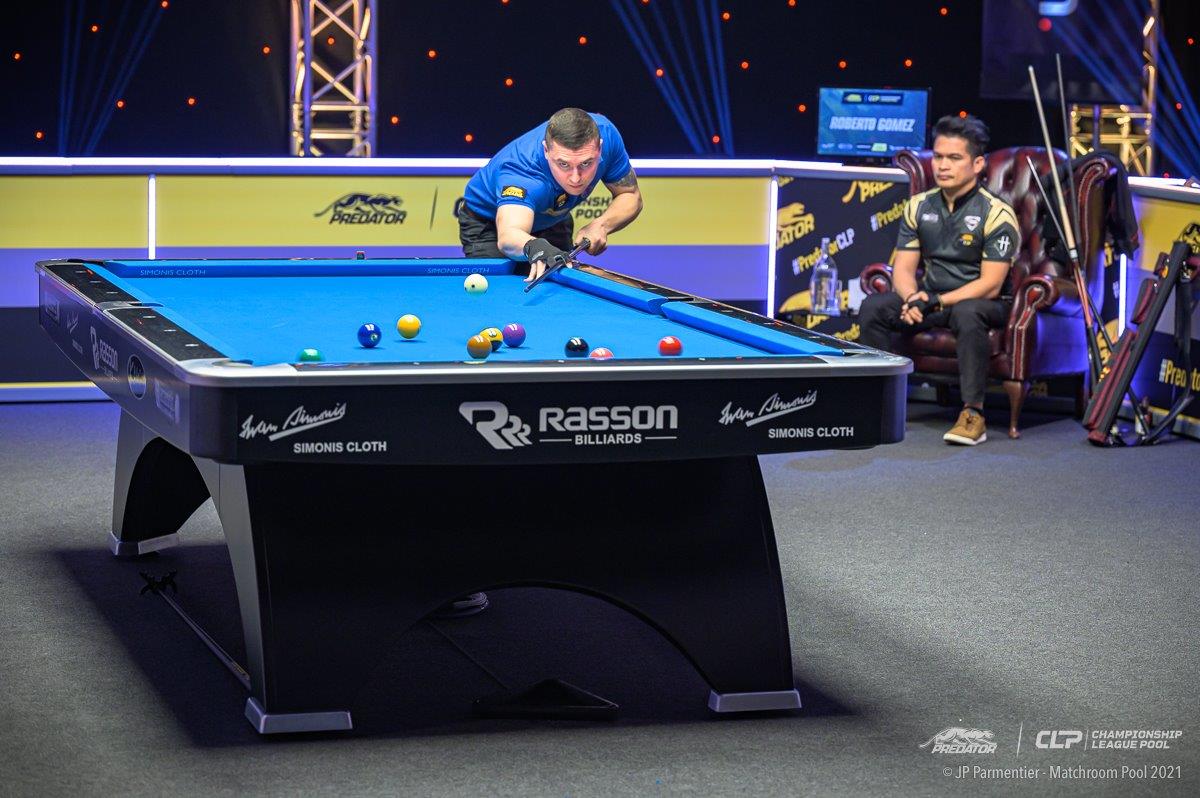 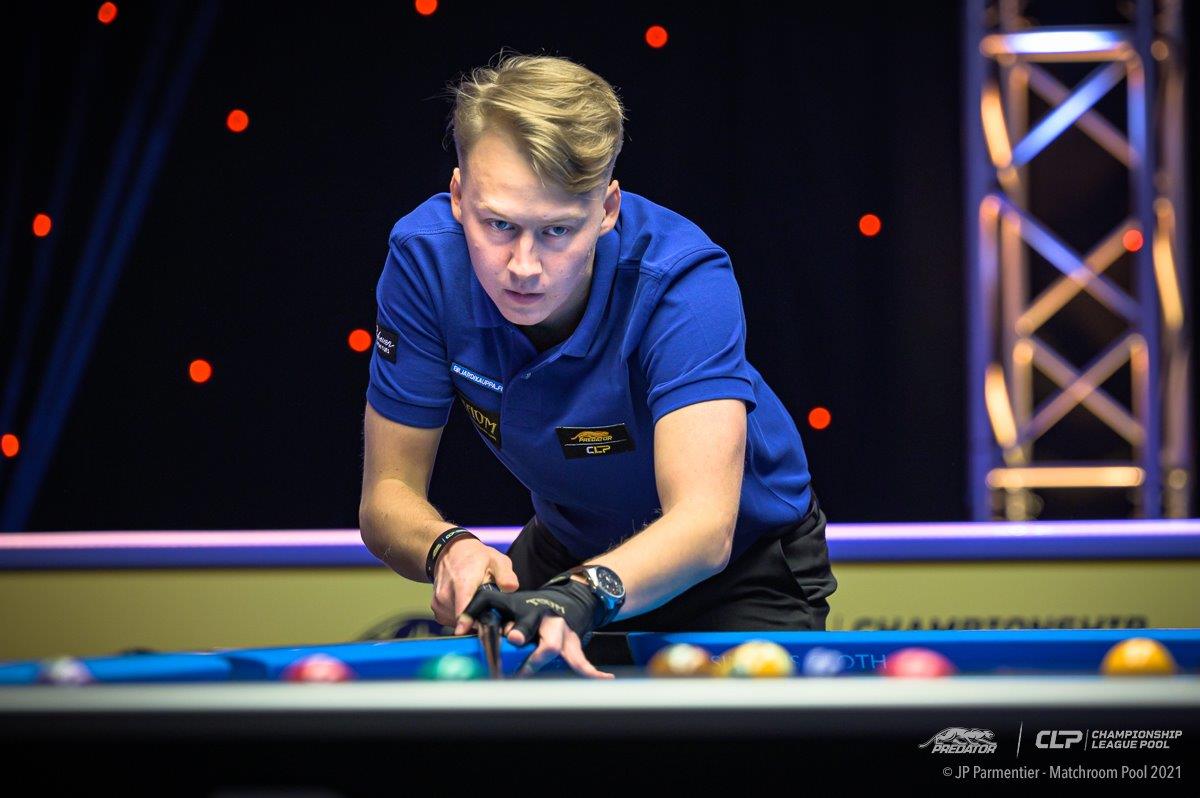 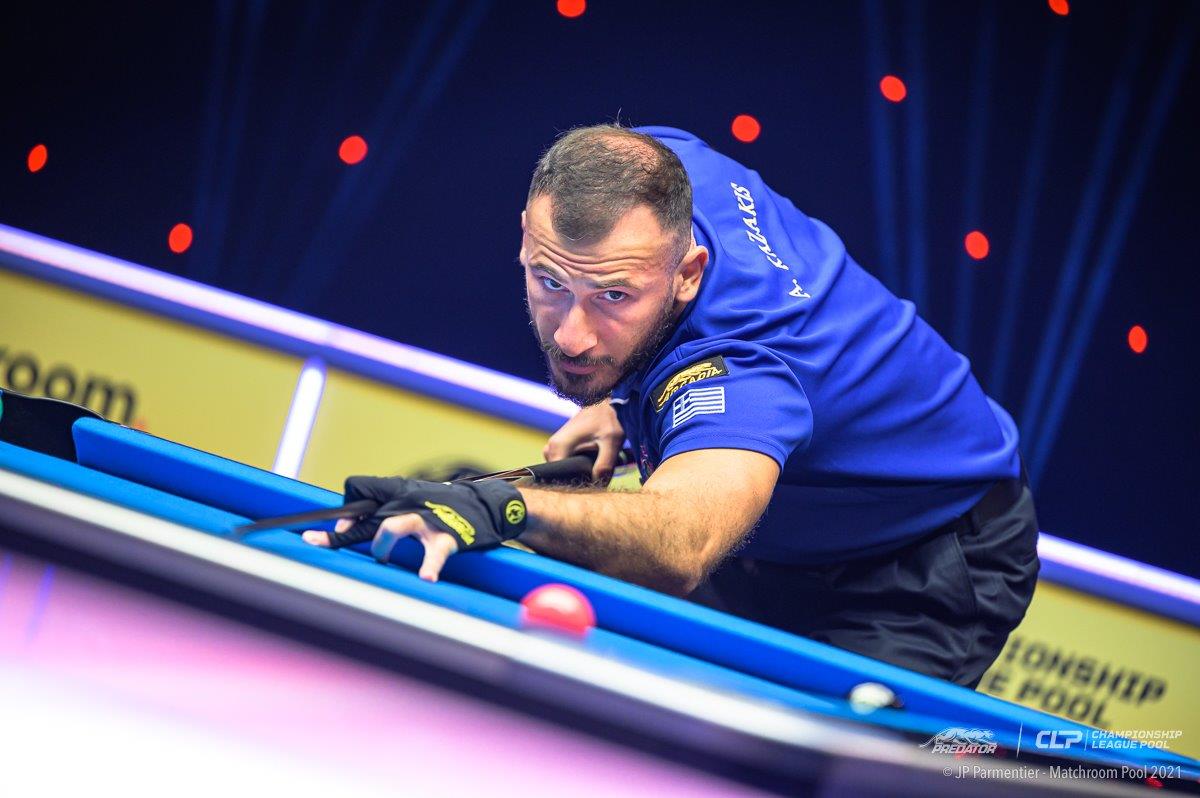 
Predator Championship League Pool has a prize fund of $85,950. Every day features a seven-player group, with each player facing every other player once in a race-to-5. At the end of the group the top four advance to the play-offs, playing a semi-final and then final, also played as race-to-5. Play-off champions will advance to the big-money Winnersâ Group on March 29, which will provide the showpiece conclusion of Predator Championship League Pool.

Players who finished bottom of each group are eliminated from the event, while the remaining five players in each group will continue to the next dayâs play, where two new players enter the tournament.

Action from Table 1 of Predator Championship League Pool can be seen live on FreeSports (UK & Ireland), DAZN and Zhibo.tv (China). Viewers elsewhere in the world can tune in at Matchroom.Live, which also carries global coverage of Table 2. 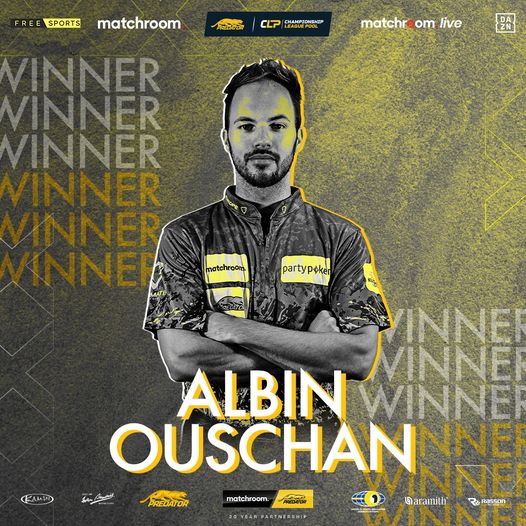 Chat about this new product in our forums.
Visit The Pro Shop to see what's new in cues and gadgets.